(This is the final part of a 3-part article regarding whether Christians should observe the Old Testament Sabbath holy day.  You are encouraged to read Parts 1 and 2 before reading what’s below.)

Questions That Come Up

We have seen that there is nothing in the New Testament to suggest that the Sabbath was made part of the new covenant of Jesus Christ.  This is a new idea to many, something that they’ve never heard of or considered.  Thus, it is natural that questions might be raised in reaction to this teaching. 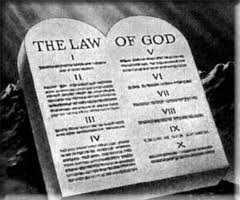 For example, if the Sabbath is something God does not require of anyone under Christianity, some wonder why he said that the Sabbath was a sign between him and the Jews “forever”(Ex. 31:16-17).  This is a legitimate question, and the answer can be found by making a word study on the term “forever.”   The Hebrew word is olam, which literally is defined as a “long duration, long time, (or) long completed time.”  Keeping this definition in mind, we see that this Hebrew word could in some casesbe translated “forever” (i.e., eternity), but the context determines the proper definition.  This same word is used to describe the amount of time circumcision (Gen. 17:13) and the Passover (Ex. 29:42) would be commanded by God for the Jews to observe; however, we know that the New Testament did away with those rites and holy days (Gal. 4:9-11; Col. 2:16-17).  Obviously, olam does not mean “forever” in their cases, but rather “for a long time,” or “for a long, completed time.”  In like manner, olammeans the same thing for the Sabbath Day. 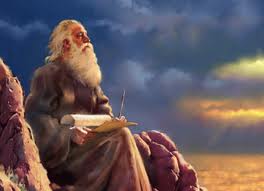 Some would also ask, “Well, if God no longer requires Christians to observe the Sabbath Day, is there a day which God told us to set aside in the New Testament?”  This is also a legitimate question, for we are commanded to not go beyond what is written in God’s Word (1 Cor. 4:6; Rev. 22:18-19).  In the New Testament, the law which we are under, there are only two mentions of a day that has special significance for the Christian: the first day of the week (Acts 20:7; 1 Cor. 16:2), the day on which Christian disciples came together to break bread in communion (cf. 1 Cor. 10:16-17), give of their means, hear a message from God’s Word, and sing and pray together.  John wrote of “the Lord’s Day”(Rev. 1:10), and extra-biblical historical writings confirm that Christians used that term to describe the first day of the week.  In fact, history in the form of various encyclopedias and history books record that the early Christians set aside the first day of the week as a day of worship.  Below are extra-biblical testimonies from apostolic contemporaries confirming the first day of the week as the day of worship for Christians:

“We keep the eighth day (Sunday) with joyfulness, the day also on which Jesus rose again from the dead.”  (Epistle of Barnabas, 100 A.D.)

“And on the day called Sunday, all who live in cities or in the country gather together to one place, and the memoirs of the apostles or the writings of the prophets are read, as long as time permits…But Sunday is the day on which we all hold our common assembly, because it is the first day on which God, having wrought a change in the darkness and matter, made the world, and Jesus Christ our Savior on the same day rose from the dead.”  (Justin Martyr, 150 A.D.)

This brings us to one more question which many have.  Is Sunday the “Christian Sabbath”?  Again, we must go to what the Bible says, where we find that we are to call Bible things by Bible names…the definition of speaking “as oracles of God” (1 Pet. 4:11).  We have seen previously that the word Sabbathoriginally meant “to rest from labor” in the languages in which the Bible was written.  We also saw that the Old Testament applied this word to the seventh day of the week, but the New Testament did not apply this word to any day.  It needs to be said that the New Testament never commands the first day of the week to be a day of rest.  It is commanded to be a day of worship, but not a day of rest from working.  Since this is true…why call it that?  Why call Sunday “the Sabbath,” a word that literally means to rest, when God never called it that?

Basically, there are three views of the Sabbath.  The Seventh-Day Adventists believe that Saturday is the Sabbath today and should be kept by Christians.  While they are correct to say that God called the seventh day a “Sabbath” (a day of rest), they are incorrect to say that God wants Christians to observe the Sabbath like the Jews did.  Next to them are the majority of Catholic, Orthodox, and Protestant churches, who believe that Sunday is the Sabbath and should be kept by Christians.  They are correct to teach that Christians should assemble to worship on Sundays, but incorrect to call Sunday “the Sabbath.”  Finally, there is the biblical view which states from the Old Testament that Saturday was the Sabbath, the day of rest, and proclaims from the New Testament that Christians are not obligated to keep it.

“So then, there remains a Sabbath rest for the people of God.”

Interestingly, the New Testament does speak of a “rest”(Heb. 4:9).  Some English translations of this verse use theterm “Sabbath rest”in this verse, because it comes from the Greek derivative of the Hebrew word which is translated “Sabbath.” When we remember that in the original language the word “Sabbath”literally is defined as “to rest from labors” rather than referring to day, we see that the Hebrew writer is not talking about a weekly rest on the seventh day of every week instituted for Israel through Moses.  The context (Heb. 4:1-11) shows that he’s talking about a heavenly rest which Jesus provides, a rest which requires diligence on our part to enter.  If we truly want to enter that “Sabbath,” that rest from labor which is in heaven for all eternity, then we need to heed Peter’s words:

“The Lord is not slow to fulfill his promise as some count slowness, but is patient toward you, not wishing that any should perish but that all should repentance.  But the day of the Lord will come like a thief, and then the heavens will pass away with a roar, and the heavenly bodies will be burned up and dissolved, and the earth and the works that are done on it will be exposed.

“Since all these things are thus to be dissolved, what sort of people ought you to be in lives of holiness and godliness, waiting for and hastening the coming of the day of God, because of which the heavens will be set on fire and dissolved, and the heavenly bodies will melt as they burn!  But according to his promise we are waiting for new heavens and a new earth in which righteousness dwells.

“Therefore, beloved, since you are waiting for these, be diligent to be found by him without spot or blemish, and at peace.”  (2 Pet. 3:9-14)

2 thoughts on “Should We Keep The Sabbath Day Holy?: Part 3”